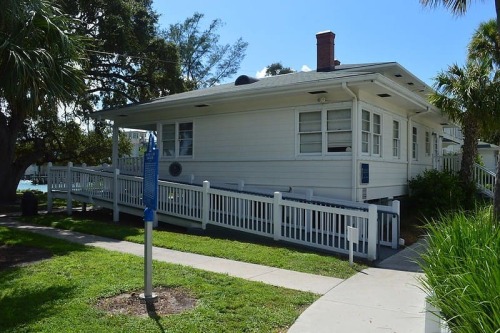 If I were to ask many if #ww2 #ww2history was fought on the mainland US, many would say no. However the #battleoftheatlantic was perhaps one of the longest battles, essentially fought for the duration of the conflict. In this picture in #jupiterflorida is a building constructed by the #usnavy . Of course the #jupiterlighthouse is nearby and originally the naval station was located to staff the lighthouse as early as 1854. During #worldwartwo #navy personnel lived in these quarters on #jupiterinlet and this building was part of a triad of buildings making up a Direction Finding Station built on what was then called Station J. It was developed to locate German submarines torpedoeing vessels off the coast of #florida As the war in Europe ended this station was closed in July 1945. It is now part of #lighthousepark in #jupiter #fl #beautifulfla #palmbeachcounty #peace (at Lighthouse Park Playground)
https://www.instagram.com/p/CFnquTCl3qh/?igshid=qchhfw1hsr2u

via Tumblr https://ift.tt/3j6MIzh
Posted by Craig Walenta at 6:26 PM