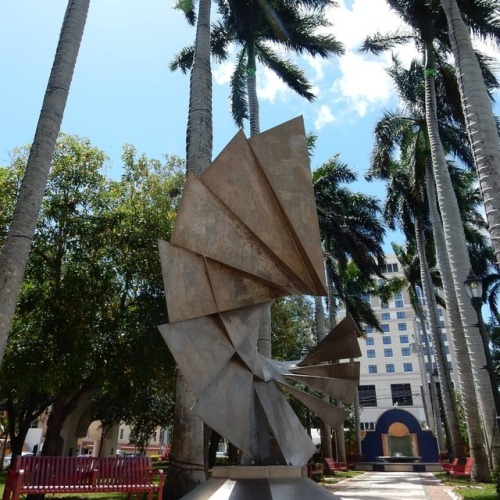 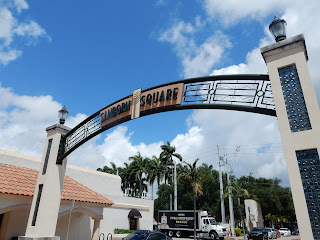 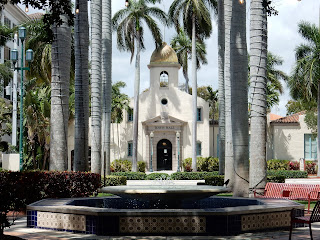 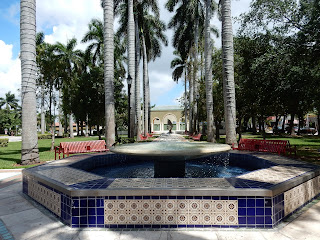 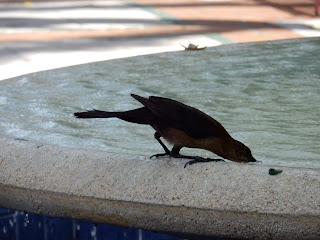 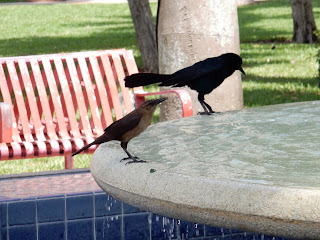 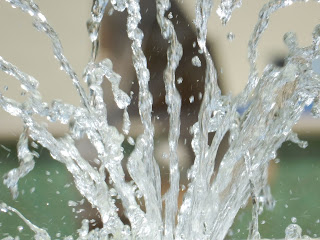 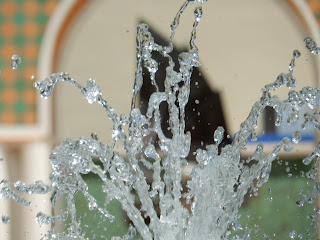 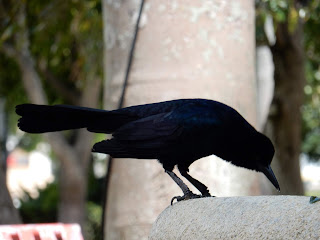 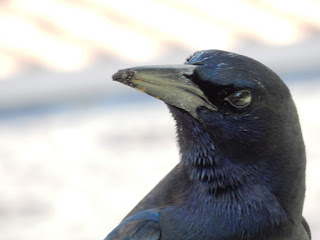 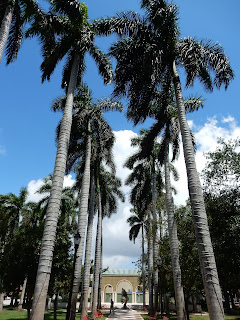 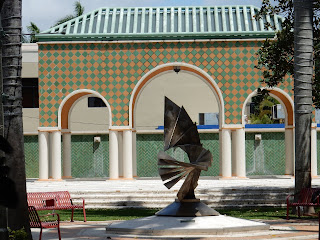 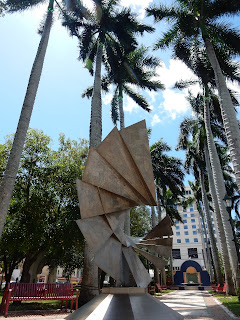 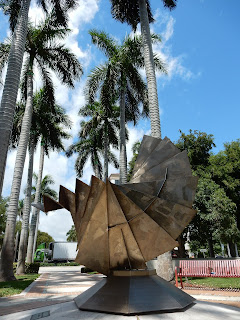 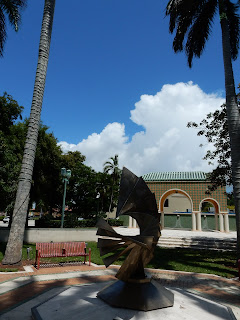 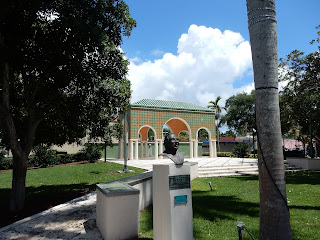 In the early 1950s, the site directly across from Boca Raton's Old Town Hall, formerly a bus station, sat empty. In 1953, owner of the land, Eleanor Sanborn, generously allowed the town's annual holiday celebrations to take place there. By 1955, she donated the land to the city in memory of her late husband, Boca Raton part time resident Dr. William E. Sanborn, a wealthy Detroit dentist. The small park became the city's town square, hosting numerous gatherings. As the Boca Raton Community Redevelopment Agency was established and began making improvements to the downtown district, local residents voted in 1983 to expand Sanborn Square, removing the portion of Boca Raton Road that bisected the park. Benefactors Charles and Dorothy Schmidt made this improvement possible through a generous donation of additional land just north of Boca Raton Road. In 1985, the community celebrated the dedication of the new Sanborn Square. Today, Sanborn Square remains the heart of Downtwon Boca. It is a green and shady oasis amidst all the activity of a vibrant and lively downtown district and is host to many events year round.